I will be keeping explanations and comments to a minimum since most tables and charts are labelled well. 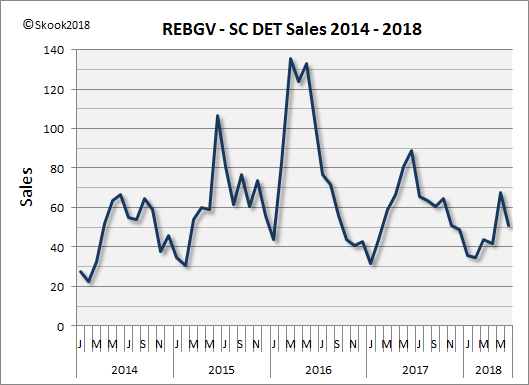 Detached sales have continued to drop compared to the madness of early 2016. January has been the only month this year to better sales versus 2017. June dropped -42.7% year-over-year and at its current pace July may not match those 66 sales in 2017. This is going to be very interesting to follow since some of those 2016 and early 2017 sales are appearing once again on MLS. 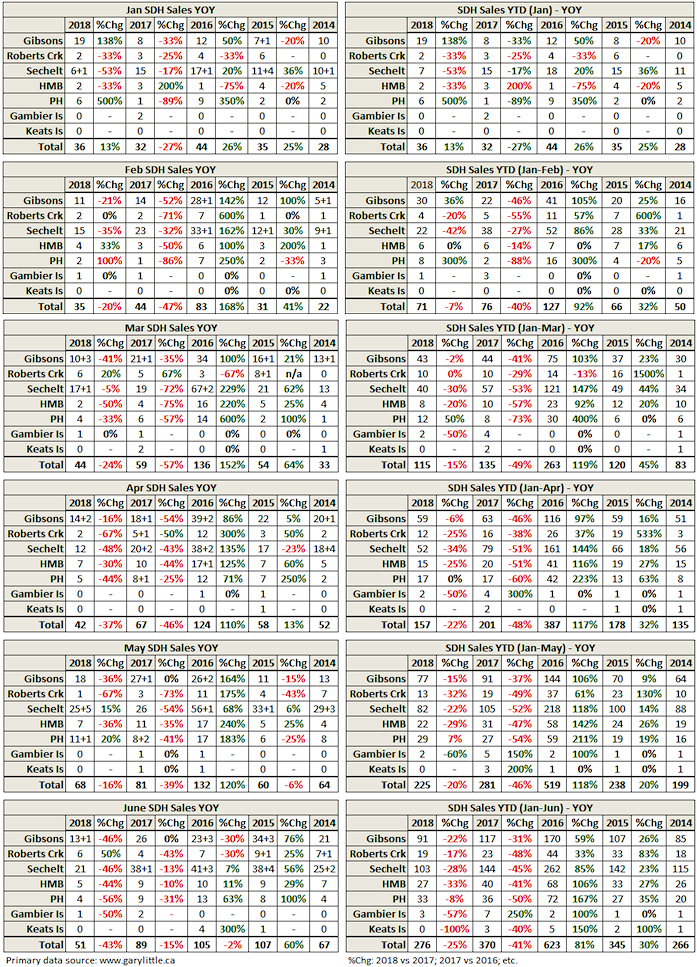