I had hoped to begin posting 2018 stats back in May, but those plans fell through. So, these $1mill+ property sales stats are in two parts: pre-May and post-May. The chart and tables are fairly straightforward; however, there is an explanatory note below the first image in regards to the large data table. 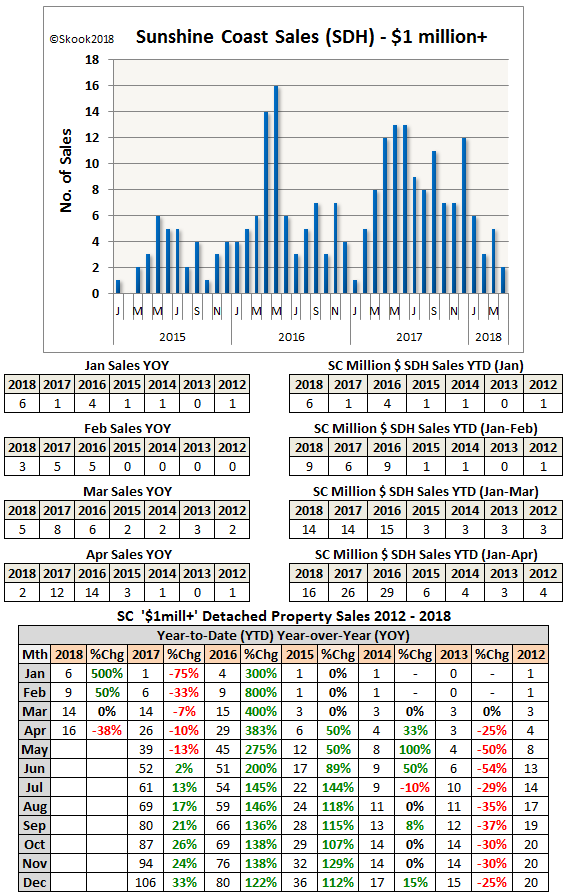 (Note: the above table represents year-to-date data year-over-year. So, for example, YTD sales in April were 16 which represents a drop of -38% compared to the same YTD period in 2017 (26 sales). The ‘%Chg’ column is year-to-year.) 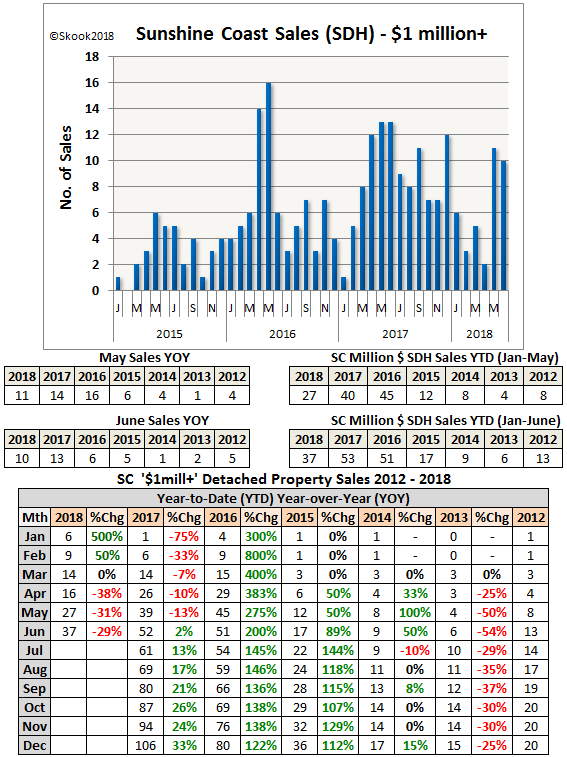 The majority of sales took place in the Gibsons market area which would appeal to those looking for dependable investment properties (good ROI).

Over the six months, the least expensive $1mill+ property sale ($1,010,000) involved 3.38 acres just east of the Gibsons town boundary. Zoning allows it be divided into 6 - half acre lots and is outside the ALR (Agricultural Land Reserve).

The most expensive property sale ($1,850,000) involved a half acre waterfront heritage property in Gibsons’ popular Hopkins Landing enclave. This property has been meticulously maintained and in my opinion really is quite spectacular. I hope it survives another 100 years; sadly, it probably won’t unless they jack it up on stilts.
Posted by Skook at 8:30 am