I had good intentions to start posting 2018 stats in May, but it didn’t happen. So, in addition to January - April data, I’m tacking on May -June sales. The tables and charts are straightforward and need little explanation. 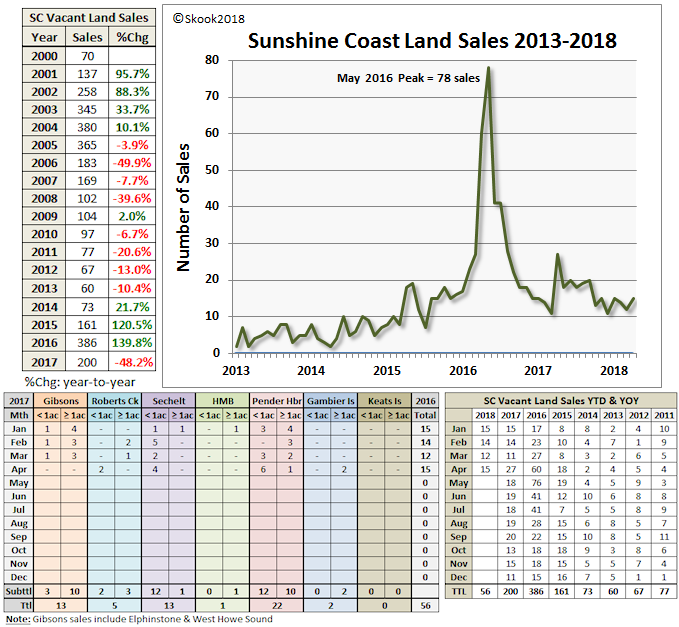 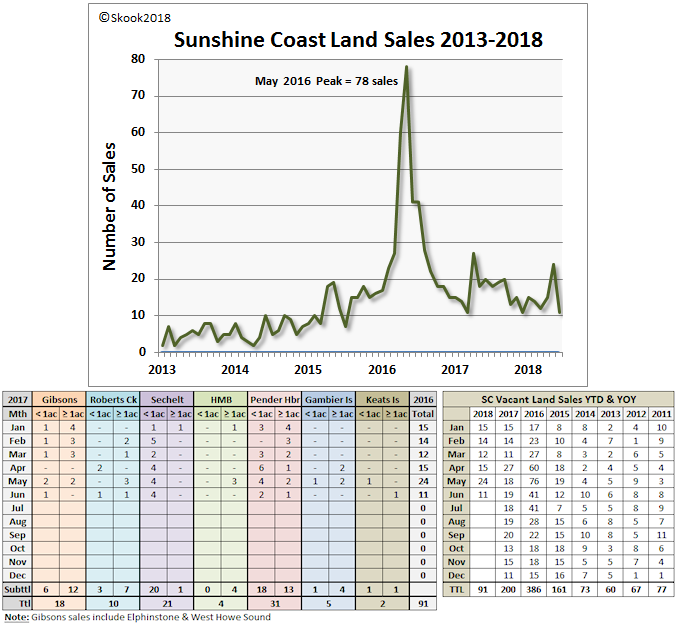 (Note: I just noticed I failed to make a data correction on both charts above. The May 2016 Peak should read 76 sales. I corrected the table but not the chart. Sorry, but I'm not doing the images over. They'll be correct when I post in future.)

I was curious to see how this year’s sales volume compares to the last two years. The small year-to-date sales table below answers that query. 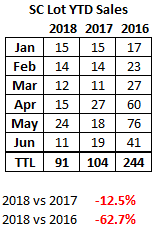 I’ve been sitting here staring at that sales chart above. It’s absolutely stunning, isn’t it? You see an almost vertical rise and a near vertical fall around 2016. It almost appears as if the purchases were coordinated to occur within a short time frame. I guess that is what a “frenzy” looks like. 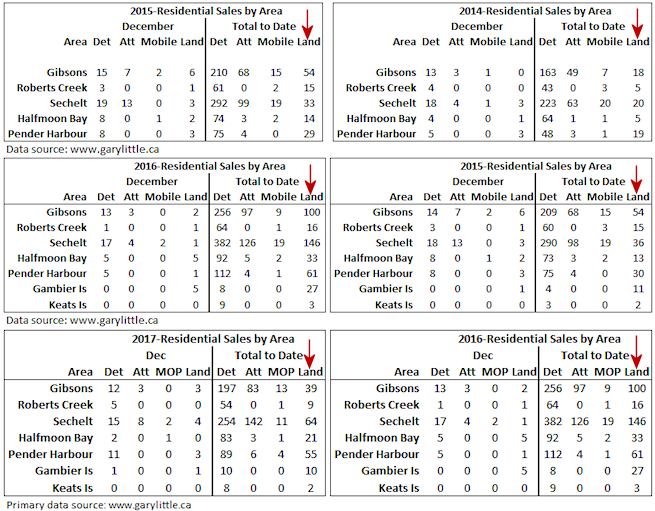 The tables below show how the madness manifested itself in the SC market areas - even Gambier Island had its party. The table on the right shows the sales momentum in 2015 and 2016 compared to the much slower sales in 2014. 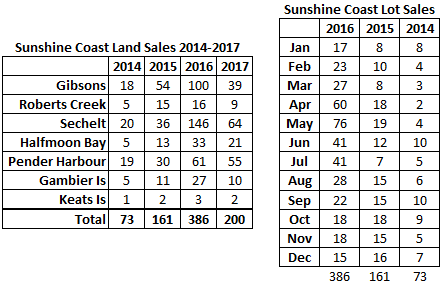