I think with any bubble whether it be housing, stock market or tulip bulbs there’s a defining moment that screams, “Party’s over!” You know as in, “Hey, finish that beer, find your coat and leave.” I think that moment for the Sunshine Coast occurred on May 20, 2016 with a Facebook announcement of this Gibsons sale... 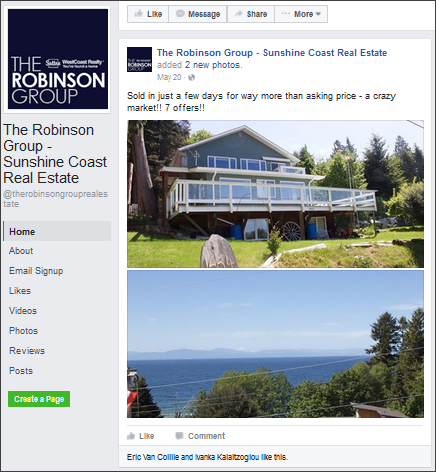 I happened to stumble onto that post 1 hour after it went up and I’m sure the ink had barely dried on the Agreement to Purchase when the Robinsons spread the news - giddy, I’m sure, by what had taken place.

I looked at those pics and thought, “There must be something awfully special about the property to warrant 7 offers because it sure ain’t the house.” I went on a hunt and took only a few moments to find its 11 day old listing since the sale hadn’t closed, yet. 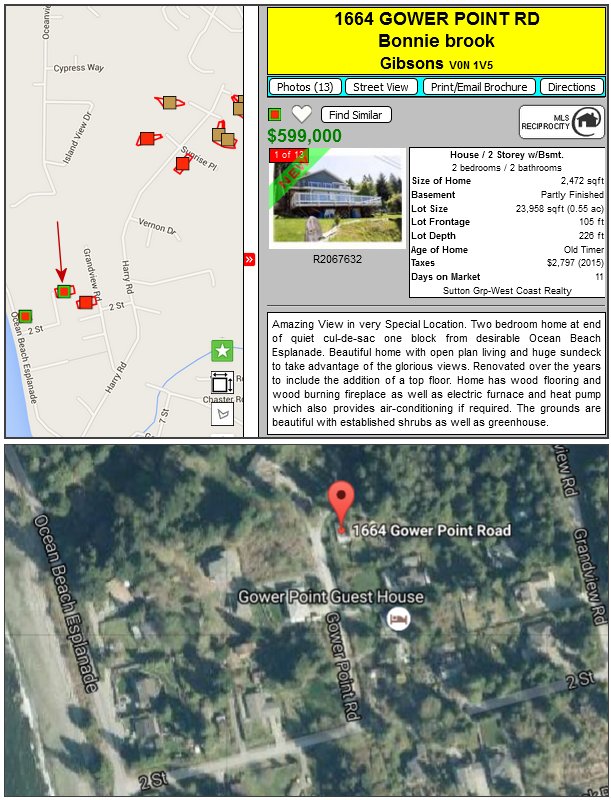 Well, only a half-acre waterview property with the best view coming from the top floor addition which is likely why it was added sixteen years ago. Over time, the view from the lower deck shrank due to overgrown vegetation and maturing trees (do a Google streetview). So, the open concept living/dining/kitchen areas were placed in the top floor as well as one bedroom and bathroom. Looking at the pics below, I would be happy with just this floor but does it scream 7 offers and almost $100,000 over asking? That’s right; the happy gambler left the table almost $700-grand poorer.

I ask you to note the arrow in the left pic directly below. It’s pointing to the stairs you climb to get to the renovation with its "open plan living" and "glorious views". 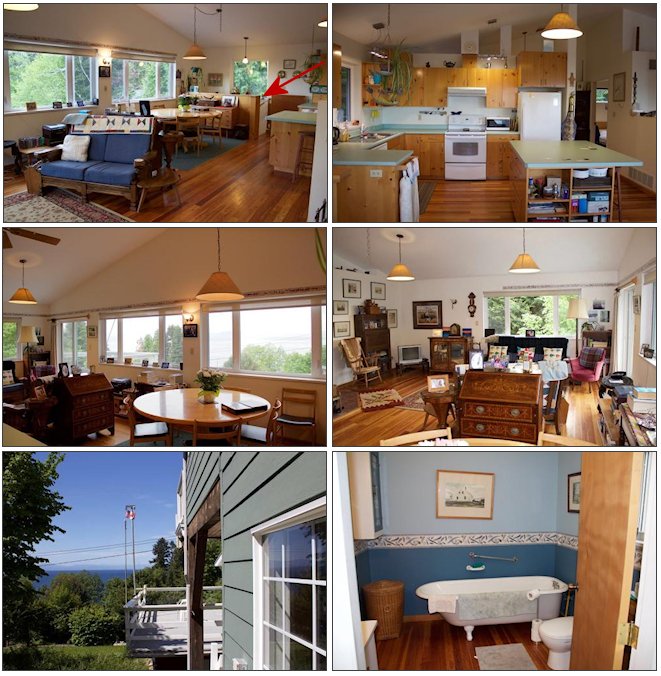 Oh...just look what’s at the bottom of those stairs! Well... When I saw this pic, the first words out of my mouth went something like, “What the hell...? The listing said there was a “wood burning fireplace” - well, I guess this is it because why else would the Realtor® include such a dumb-ass listing pic. Unless he/she felt something this unique just might inspire a bidding war. You think? 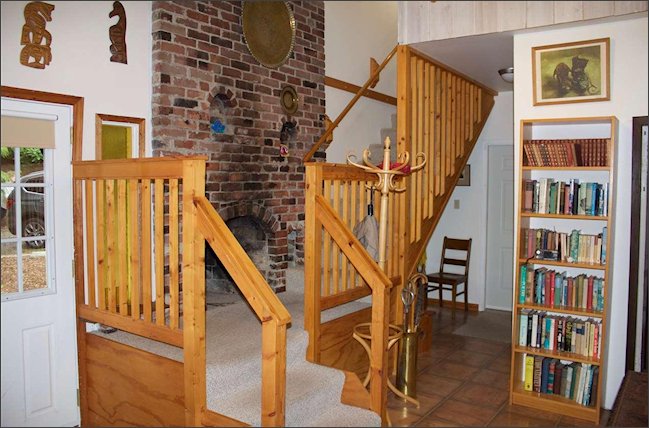 7 offers driving up the price to near $700,000 gets you this, eh? It’s those stairs that signalled to me that the investor frenzy hitting the sunshine coast had reached peak stupidity. This wasn’t bought as tear-down because you can find far better half-acre lots than this for the money. Nah, this was likely bought to flip and I bet the lucky winner already lives on the coast. Yep, the big action was in the Gibsons market and it was FOMO driving the offers - ‘Fear of Missing Out’ of making some easy cash.

It’s sales like this that led CMHC to officially issue its “red” alert for the Canadian housing market. In particular, it’s the effect of the real estate bubble in Vancouver and Toronto spilling over into the suburbs and outlier areas like the Sunshine Coast resulting in “price acceleration” and “overvaluation” to quote the agency.

SC Realtors® began mentioning multiple offers on properties back in late 2015. Well they were all but over by late spring 2016 and then price drops kicked in gathering momentum by July - the majority of September detached sales had July price drops.

So, keep this rise and fall in the back of your mind as the 2016 sales stats continue to be posted. Zzzzzzzzzzz. Okay, the pace of posts is a killer; but, I'm deep in thought here.
Posted by Skook at 9:35 am

I love your blog posts. We are just considering buying a lot up in Pender Harbour but reading your posts over the years gives us a huge pause.

I meet more and more people moving on the SC from Vancouver, and so happy they made the move. Other planning to do in the near future. Mostly 50-60 yr old. Locals starting to be fed up by the invasion. So I personally did not wait, but I could be wrong.

Thanks for your comment B.J.R. However, I didn't understand the last sentence. What did you not wait for? What could you be wrong about? I might be having a "thick" day here, brain-wise. It happens.