The stunning price increases in Greater Vancouver has impacted not only its surrounding regions, but outlier markets such as Bowen Island and the Sunshine Coast as first time buyers look for affordable housing and baby boomers cash out their home equity, buy similar homes at cheaper prices, and bank/invest the remaining profit. The result has been a chain-reaction of rising home prices throughout the lower mainland and lower coastal region.

Because of the interest in and impact of its house prices, I’ve created a reference table and chart of the Greater Vancouver detached sales, and benchmark and average sale prices back to 2011  - the year,  as Brian Ripley’s Greater Vancouver Chart shows, the current housing bubble was born.

I will update both table and chart (scroll down) with the release of the REBGV monthly stats and you’re welcome to save both for your personal use; posting them to your own blog or website is acceptable only if you acknowledge this blog and give its web address. 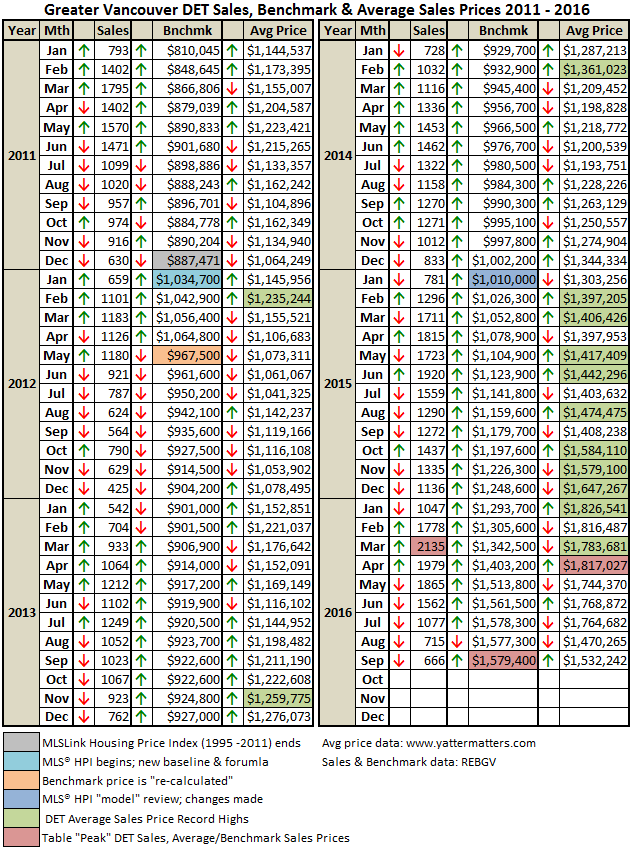 I’ve indicated with colour when key events that have impacted the Greater Vancouver detached benchmark price occurred. Here is how the Real Estate Board of Greater Vancouver announced those changes in its monthly statistics report.

(Skook: any highlighting below is my own to draw attention to a particular detail)

The most significant announcement came in the in the January 2012 stats package released Feb 6, 2012. Half way through The Board’s News Release appeared this proclamation with following explanation and “Editor’s Notes:”

Today marks the launch of the MLS® Home Price Index (MLS® HPI), the best and purest way of determining price trends in the housing market. The MLS® HPI was pioneered by six founding partners: the real estate boards of Calgary, Fraser Valley, Greater Montreal, Greater Vancouver, and Toronto and the Canadian Real Estate Association. The partners contracted with Altus Group to develop the MLS® HPI which measures home price trends in the five major markets serviced by those boards.

The new index replaces the MLSLink Housing Price Index, which had been used by Greater Vancouver and Fraser Valley REALTORS® since the mid-1990s. MLS® HPI statistics should not be compared with previous MLSLink HPI statistics(1).

“The MLS® HPI is a national collaboration intended to give the public a more reliable and comprehensive tool to understand home price trends across the country,” [REBGV President] Setticasi said.

Editor’s notes:
1.) The new MLS® HPI will be indexed to equal 100 in January 2005. The previous MLSLink HPI was indexed to 2001. Sales prior to 2005 will not be considered in the MLS® HPI. Click here to view more detailed information on the MLS® HPI”
2.) The Lower Mainland includes the areas serviced by both the Real Estate Board of Greater Vancouver and the Fraser Valley Real Estate Board, and is comprised of communities from Whistler to Abbotsford."

You will notice that the Great Oracle compares everything on a year-over-year basis (which is still does today). The Greater Vancouver detached benchmark price thus rose +11.3% when compared to  January 2011. However, on a month-to-month basis, it jumped +16.6% and in the process established its first record high benchmark sales price.

As you can see in the large table the benchmark kept rising and by April 2012 it had reached $1,064,800 - an increase of +20.0% in four months. The Board knew it had a problem and in the May 2012 stats package released on June 4 the Board subtly announced a change - it placed an asterisk beside...


“The MLS® HPI benchmark price* for all residential properties in Greater Vancouver...”

Then in a footnote at the end of the News Release was this:


*Editor’s Note: Benchmark prices underwent a re-calculation this month in order to more accurately reflect trends measured by the MLS® Home Price Index. There were no changes to the calculation of index values.

The methodology, available at www.homepriceindex.ca, will be updated later this week.”

Bloody hell, eh. How many people within and without the REBGV do you think understood that? Well, one thing they would understand was what happened to the benchmark sales price as a result of this “re-calculation”.

The detached benchmark fell back to below the $1million mark - a total drop of -9.1%. It wouldn’t scale $1million heights again until December 2014. Now, to assuage the psychological impact of this fall from such lofty levels (yes, I’m being sarcastic), The Board included the following table in the News Release. The last time the Great Oracle included a table or a chart in its News Release was back in 2009 and it has never done it again after May 2012. 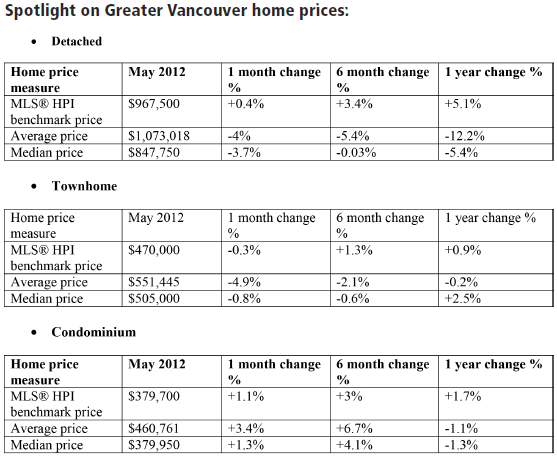 The next changes to the MLS® HPI “model” was announced, again without fanfare, in the January 2015 stats package released on February 3, 2015. It was as another footnote in the News Release:

2.) The national MLS® Home Price Index (MLS® HPI) operations group underwent an annual review of the model in January. This led to the following changes:

•    The benchmark property descriptions have been updated to reflect current buying trends.

Background: MLS® HPI benchmark prices represent the value of a ‘typical’ property within a market. When the HPI was developed in 2011, a composite description was created for every neighbourhood and property type based on MLS® sales data for that specific area. What people typically purchase can change over time due to changes in affordability and buyer preferences. Therefore, it’s necessary for these descriptions to be occasionally updated.

The MLS® HPI methodology has been updated to reflect these changes and is available at http://homepriceindex.ca/hpi_tool_en.html

There have been no further proclamations or “Editor’s Notes:” since.

I have taken the table data and created the following chart. You can clearly see the impact of the introduction of the new MLS ® Home Price Index back in January 2012 and its subsequent “re-calculation”. 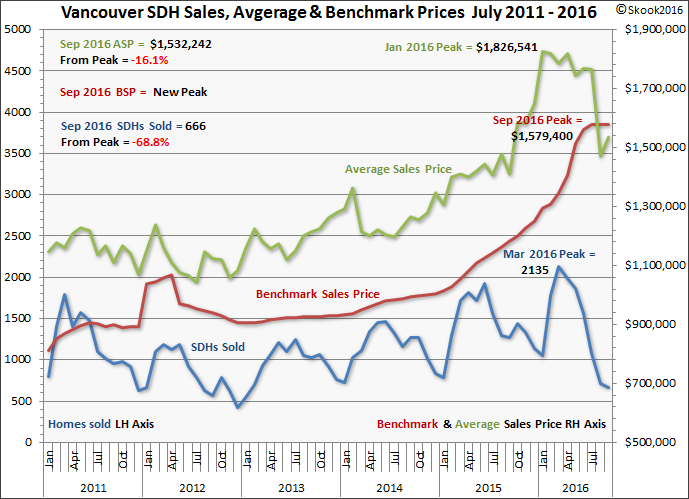 Finally, if you need to jog the memory or are curious about the old 'MLSLink® Housing Price Index (HPI)', the Great Oracle offered this explanation in the June 2009 stats package released on July 3:


“The MLSLink® Housing Price Index (HPI), established in 1995, is modeled on the Consumer Price Index (CPI) which measures the rate of price change for a basket of goods and services including food, clothing, shelter, and transportation. Instead of measuring goods and services, the HPI measures the change in the price of housing features. Thus, the HPI measures typical, pure price change (inflation or deflation).

The HPI benchmarks represent the price of a typical property within each market. The HPI takes into consideration what averages and medians do not – items such as lot size, age, number of rooms, etc. These features become the composite of the ‘typical house’ in a given area. Each month’s sales determine the current prices paid for bedrooms, bathrooms, fireplaces, etc. and apply those new values to the ‘typical’ house model.”